A Little Book of Things is a zine created by Yours Truly (Rochelle Asquith). It’s 12 pages long, A6 in size, and filled to the brim with drawings and illustrations. Each one is unique and made to order. Available to buy here.

Title page of A Little Book of Things by Rochelle Asquith

Eye from A Little Book of Things by Rochelle Asquith 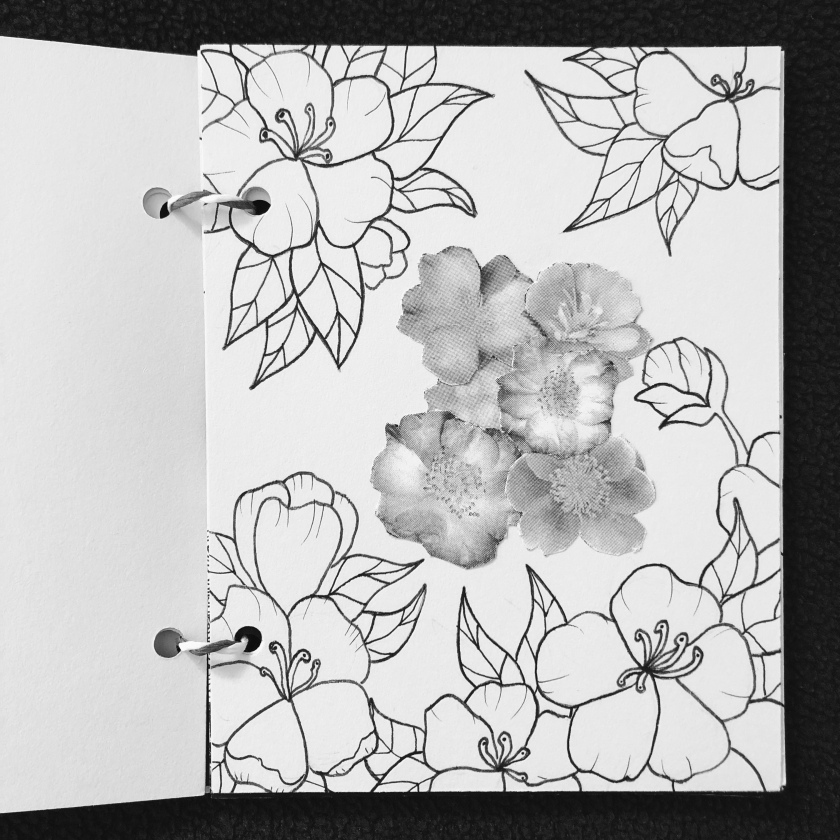 Flowers from A Little Book of Things by Rochelle Asquith

100% Waterproof from A Little Book of Things by Rochelle Asquith

Let me start off by saying this: I have been paid to write. And it felt great. I actually cried the first time a cheque cleared that I had earned by writing. It was a great feeling; being one step closer to fully supporting myself by doing what I love. It wasn’t long (literally about 22 hours) after that moment that I was asked to work for free – or as they put it, exposure. This wasn’t new to me at all, but there was a tiny (read: massive) part of me that hoped the ball would just continue rolling once I’d started being paid, and it wouldn’t be long before I was making a sensible amount of money.

Still, if all the exposure I’ve been paid in actually converted to pounds, I’d be able to move out of where I currently live, stop being such a burden on my parents, and buy my dream home further in the North and live the wistful, care-free life I’ve always wanted. Yet alas, exposure does not convert into literally any currency, and here I am, mostly penniless. And when I am paid, it isn’t a decent rate. Like, at all. I barely make minimum wage most of the time. Actually, all of the time.

I know it’s boring to hear artists talk about how little they get paid, especially when massive blockbuster movies make billions of dollars and there are actors who could end poverty with their salaries alone. But there are far too many artists (like myself) who cannot afford rent, and one ends up in this strange position where one can’t afford not to work for free, because funnily enough, proper exposure is useful, and if you don’t get exposure, no one will ever hear about your work and then no one will ever support it, especially if you work in the visual arts. But it must be noted that I wouldn’t need to get exposure if I got paid, because if I was getting paid, the problem would be solved. You only start accepting exposure as payment when it becomes the only way to get your work ‘out there’.

So without further ado, I have created the exposure note which can be issued as an actual honest representation of what you’re paying artist if you are the sort of person/brand/company/dream crushing factory who pays by exposure and not by actual money. And because I don’t have much money in the first place, there’s nothing I can do other than satirise this problem with art. If I had Banksy’s level of exposure (ha ha) I’d shred something valuable, too, and make a poignant remark on the value of art and labour whilst taking the mick out of super rich people, but I don’t have that. I have some paper and pens, supplies of which that are quickly running dry. And a very squishy cat.

Anyway, here it is…